Having coeliac disease is never easy. From reading ingredients lists and negotiating meals out to having to discuss your bowel habits with strangers, there’s plenty us coeliac disease sufferers have to put with with. Here are 12 things everyone with coeliac disease has done – but might not admit to! How many can you tick off the list?

…and then instantly freaked out and slapped yourself out of it.

Told someone eating gluten ‘just gives you a stomach ache’…

Because really telling someone you’ve just met that it makes you have terrible diarrhoea is a bit of a conversation killer at a dinner party.

…or told someone you’ll die if you eat gluten

In my defence they were being VERY annoying and kept asking me what would happen if I just tried a little bit. Problem solved.

They tried SO hard to find something you could eat, they don’t have to know you threw it away/fed it to the dog/donated it to a food bank (delete as applicable)

Been asked how you cope without cheese

Dairy comes from cows. Gluten comes from grain. Is it really so hard to understand?

Nearly cried at a dinner party

Felt seriously embarrassed when eating out

Grilling the waiter about the contents of each meal and their cross contamination procedures can be a bit awkward when the whole restaurant is watching you.

Remember when that was all we could eat? WHY is that all people buy their gluten free friends!?

Frantically eaten before going to a restaurant/party/wedding

Just in case there isn’t much you can eat. And then there is. And you barely eat anything.

And suffered the consequences afterwards, regretting it a lot.

Should I? Shouldn’t I? How great a risk is it? Shall I post in a Facebook group?

Give me the damn doughnuts and be done with it! How dare you resist them through choice!

If you want a giggle, give these other posts a read! 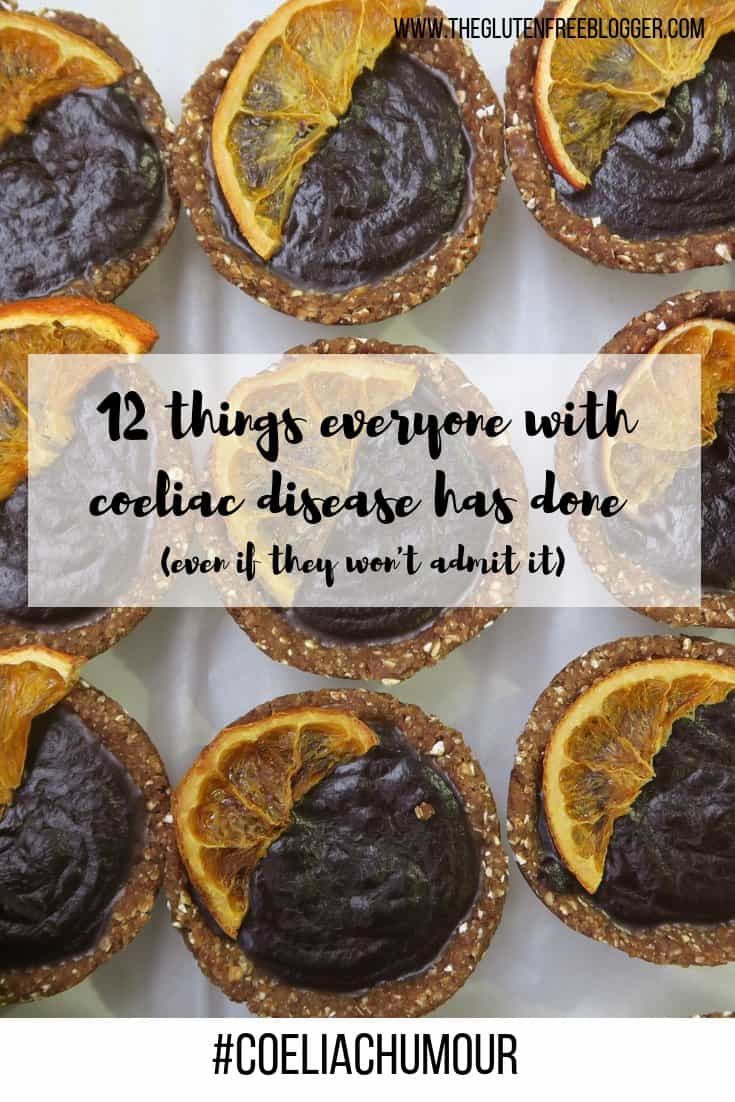