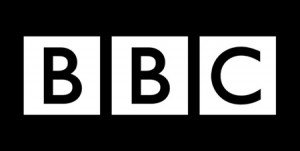 As a journalist-in-training (although, officially a junior reporter now I’ve scored my 100wpm shorthand!) I like to think that I can spot a factual error when they pop up every now and then.

However, I wasn’t the only one who was angered by Anthony Demetre’s appearance on BBC One’s Saturday Kitchen, where he claimed that after being diagnosed with coeliac disease, he still binges on gluten-containing foods every 3 months.

Mr Demetre claimed after three months gluten free, he east as much pasta and pizza as he possibly can for two weeks….

Coeliac disease suffers have been outraged by his comments.

It is a DISEASE, not a faddy “i-can-eat-it-when-i-please” diet choice.

And ANYONE who cannot advocate the importance of a gluten free diet should not be able to promote false ideas in the public domain.

I for one have certainly complained to the BBC (will keep you posted – I have requested a reply!) and if you feel you should too, then click here

And for those of you that haven’t seen it, here’s the clip in question…