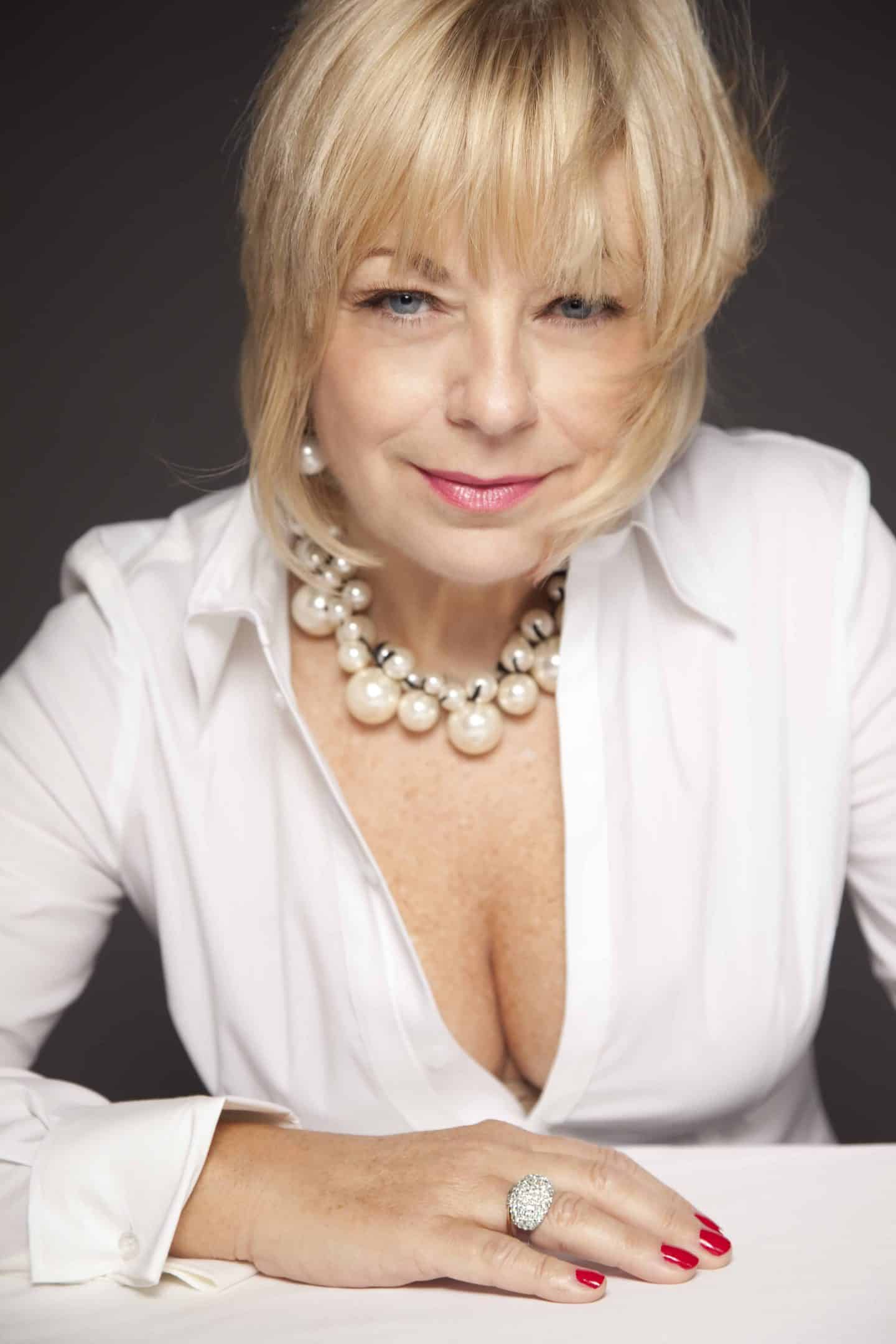 BIO: Mari Wilson (The Neasden Queen of Soul) first arrived on the scene in the early eighties with her skyscraper beehive hairdo, bizarre sense of fashion and fully choreographed twelve piece band The Wilsations! Mari’s live shows were spoken about as an event – pure entertainment. In 1982 Mari’s records began entering the charts and she soon had six hit singles, the biggest being ‘Just What I’ve Always Wanted’ and ‘Cry Me A River’, both taken from her album ‘Showpeople’

Other work includes BBC London as a presenter and singing the theme tune to various TV shows, including the highly successful ‘Coupling” performing the song ‘Perhaps, Perhaps, Perhaps’.

Now entering her fourth decade as a recording artist Mari is reconciled with her past and excited about the future.  Her new album ‘Cover Stories’ is out now.

In 1991 found out I had coeliac disease which explained my constantly distended stomach, lack of energy, weight loss and dark circles under my eyes.

I also have Type 1 Diabetes and apparently there is quite a high incidence of Type 1 Diabetics also having coeliac disease.

As is my way, I hoovered up as many books as possible on the subject and now I can bore anyone to tears about it.

When people invite me for dinner I think they often wish they hadn’t, but it’s really not so bad.

It really is the healthiest diet.

I don’t eat meat, so plenty of fresh vegetables, salad and fruit and of course, fish.

I know lots of people who may not have coeliac disease but do have a problem digesting gluten. It’s amazing how much energy you have when you’re eating the right diet full of fresh produce.

So, here’s a couple of recipes – nothing spectacular, pretty basic and easy.

When I want to make a gluten free cake, the easiest is the all in one sort of Victoria sponge mix and mine is very similar to the non-gluten variety. Sometimes gluten-free cakes can be a little dry and I find adding the apple gives it much needed moisture and taste. Sometimes you can’t even taste the apple, it just makes it less dry.

few drops vanilla extract (not essence as it can be synthetic)

Icing sugar for the top

So, I usually just chuck all the ingredients in my electric mixer – don’t mix it for too long, just until it’s the right dropping consistency.

I find with this it’s lovely baked in a ring and I have a silicone one which is so easy.

Bake for about 20 minutes at 170 degrees centigrade. The temperature may vary depending upon your oven. I have an oven that can use conventional or fan-assisted but I find the fan oven is sometimes too harsh for baking, so I stick to the conventional.

After you’ve turned it out onto a plate, sift some icing sure over the top.

I made this at Xmas and added cocoa powder to my cake mix and then when it was cooked I drizzled melted chocolate over it and added some xmas decorations, and then some sifted icing sugar; it looked like a chocolate xmas wreath.

This is something I made up years ago when I was first on my gluten-free diet. It’s kind of comfort food, like a variation on cottage pie or shepherds’ pie and handy if you’ve not much in the house because we’ve nearly always got a tin of tuna and some veg.

It’s also pretty low fat and I should imagine not high in calories… AND healthy! This recipe would be enough for two in deep casserole dish, 10”x7”, which is usually enough for four, but just increase the amount of tuna and veg for a larger dish and more people.

4 or 5 large carrots, chopped and boiled

salt and pepper to season

Fry the chopped onion in the oil until transparent, then add the tuna followed by the chopped tomatoes and chopped basil.

In order to get all the tomatoes out of the tin, I fill a third of the tin with boiling water and add a teaspoon of Marmite and swill it round, then add it to the rest of the mixture which gives it a little extra liquid and taste, but If you want it more spicy, just add what you fancy – chillies or tabasco. Or you can just add salt and pepper.

Once it’s nice and hot, pour into the casserole dish, top with the carrots then top with the mashed potatoes.

When I mash my potatoes I add a little Philadelphia Light to give it flavour and creaminess. Put the potatoes on the top then grate the cheddar on the top.

Place under a low to medium grill until golden brown. I like it served with steamed broccoli.