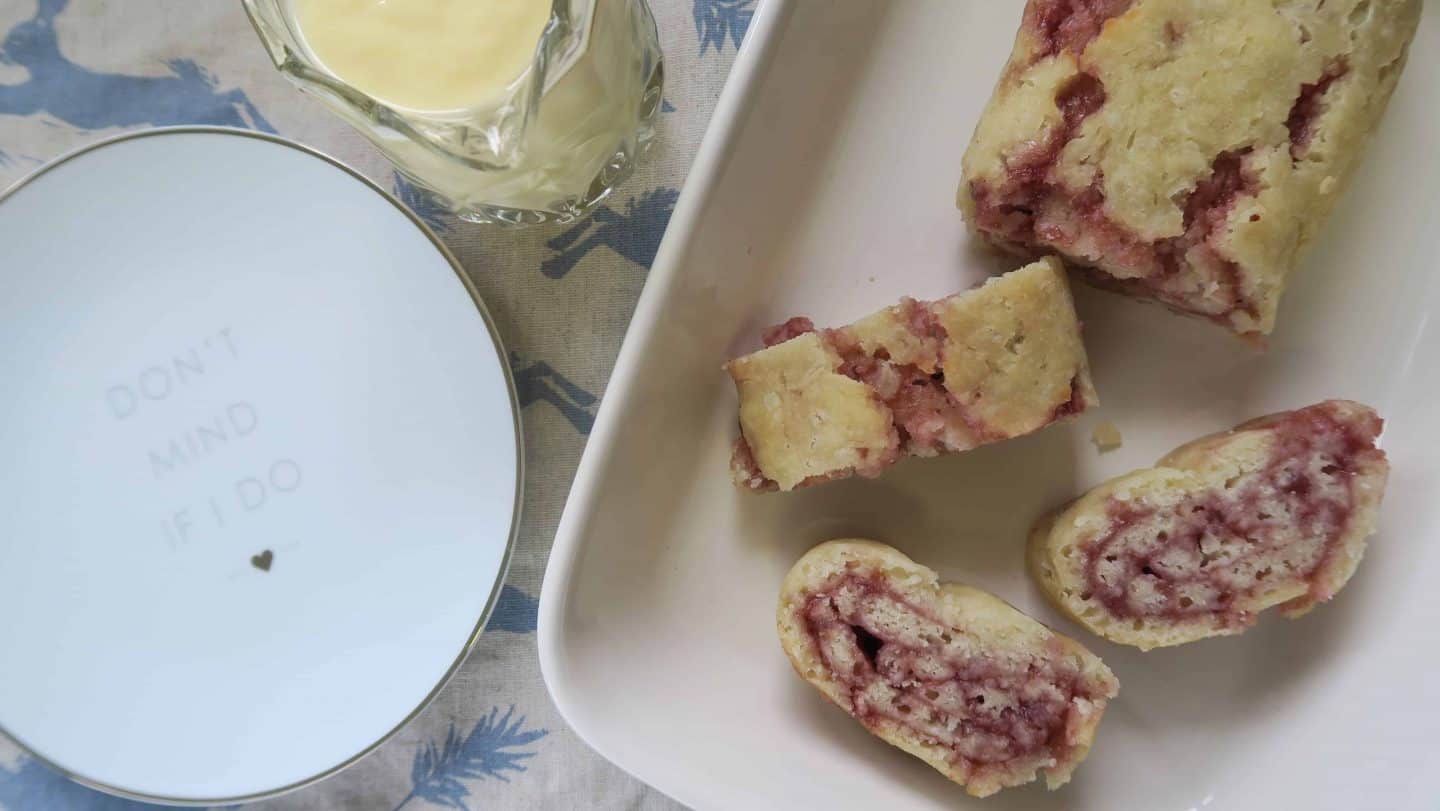 Does anyone else remember having jam roly-poly with their school dinner? I can still remember the taste of it from primary school, though I’ve never had a gluten free jam roly-poly before. So when I tried this recipe out, I couldn’t believe how much I remembered the taste!

Want to get straight to it? Skip to the recipe.

When I asked members of The Gluten Free Blogger Group on Facebook which dessert they missed the most, a jam roly-poly pudding was one of the most popular answers. I knew had to give it a go! Surprisingly, it was a lot easier than I thought it would be.

I struggled to find any gluten free jam roly-poly recipes out there, which made me begin to wonder what on earth I had let myself in for. The ‘normal’ recipes I found talked of creating a rollable dough. This is something which doesn’t usually happen with gluten free flour! Once I played around the with quantities, this dough was actually pretty easy to handle. 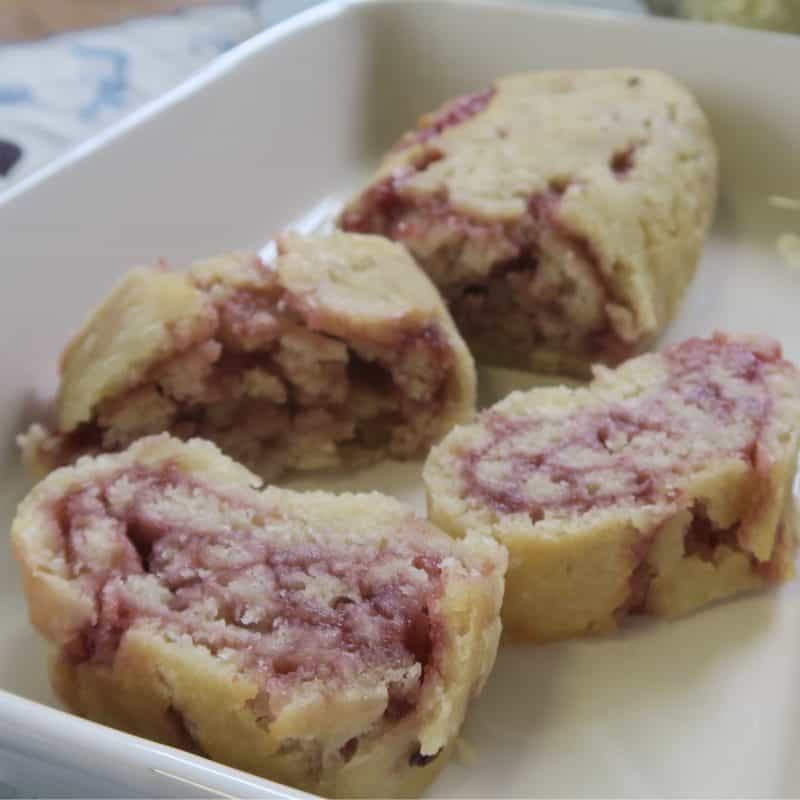 The first challenge in making this gluten free jam roly-poly pudding was find some gluten free suet. The usual stuff in the supermarkets normally contains wheat flour. But luckily I remembered seeing on Facebook before the Morrison’s suet is gluten free! You can find it in their baking aisle, and it’s made with rice flour so there’s no gluten in it. Perfect.

This recipe only uses about half a bag of this gluten free suet, so you could either make two (recommended!) or save it for making something else! I think I’m going to be testing out some gluten free dumplings next. 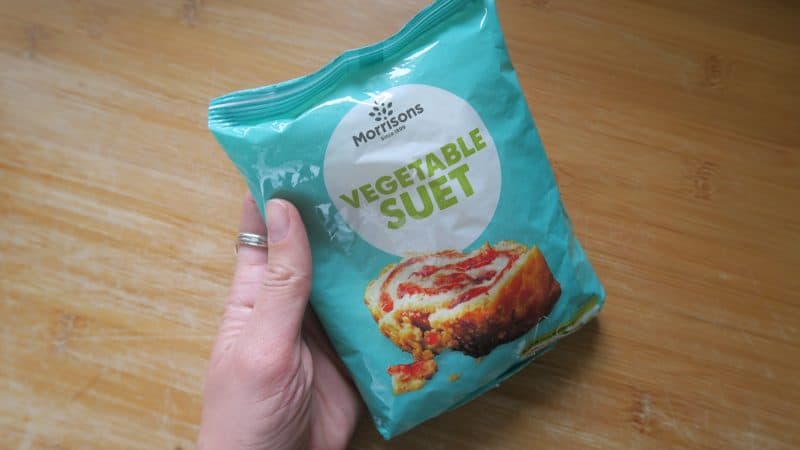 I found myself sceptical the whole way through making this jam roly-poly. I wanted to badly for it to be good, and knew I would be bitterly disappointed if it wasn’t. But my God, it was good! You know when you bite into something for the first time in years and it take you right back? When you think ‘OH MY GOD THIS IS WHAT IT TASTES LIKE, I REMEMBER NOW!’?

Stodgy, sweet and sticky, this gluten free jam roly-poly is pure nostalgia. I served it up with hot custard and it took me right back to sitting in the school dinner hall. Before I was diagnosed with coeliac disease I loved this gluten free pudding, and it’s so lovely to be able to try it again. Now I’ll have to think up some other gluten free school dinner pudding classics. If you have any suggestions, I’d love for you to let me know! 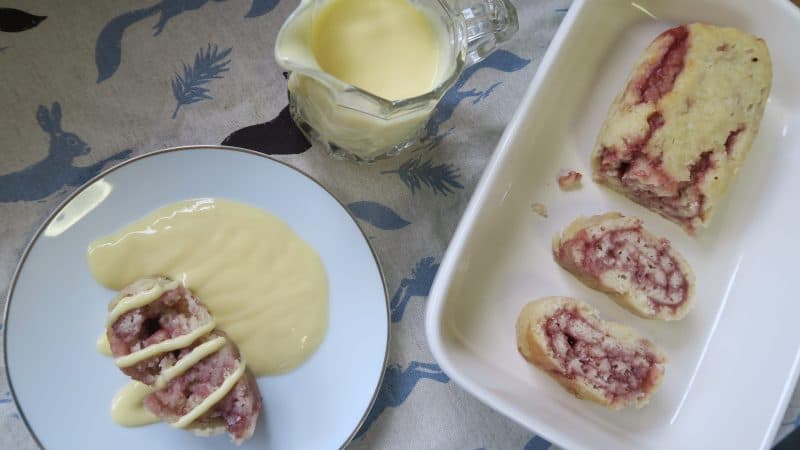 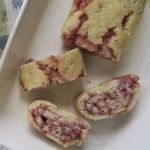 This gluten free jam roly-poly recipe will take you back to school dinner days! A nostalgic dessert made with gluten free suet and baked in the oven. Serve with custard. 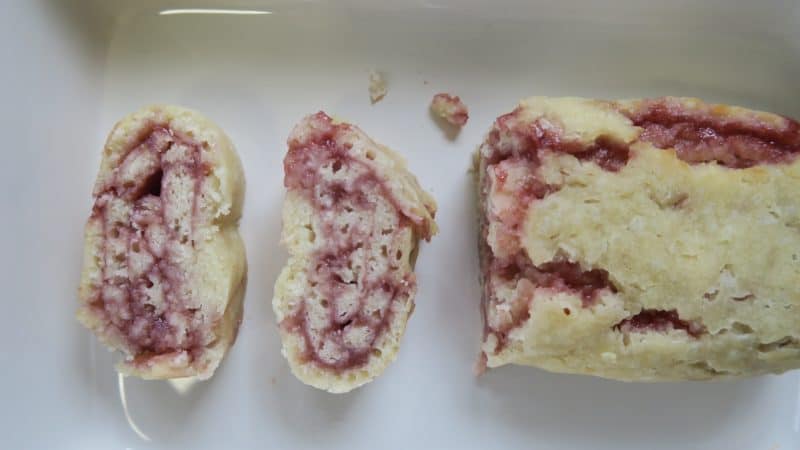 If you’ve made this gluten free jam roly-poly pudding recipe and it hasn’t satisfied your sweet tooth,  I have plenty of recipe inspiration for you! For some more gluten free bakes and desserts, check out my…