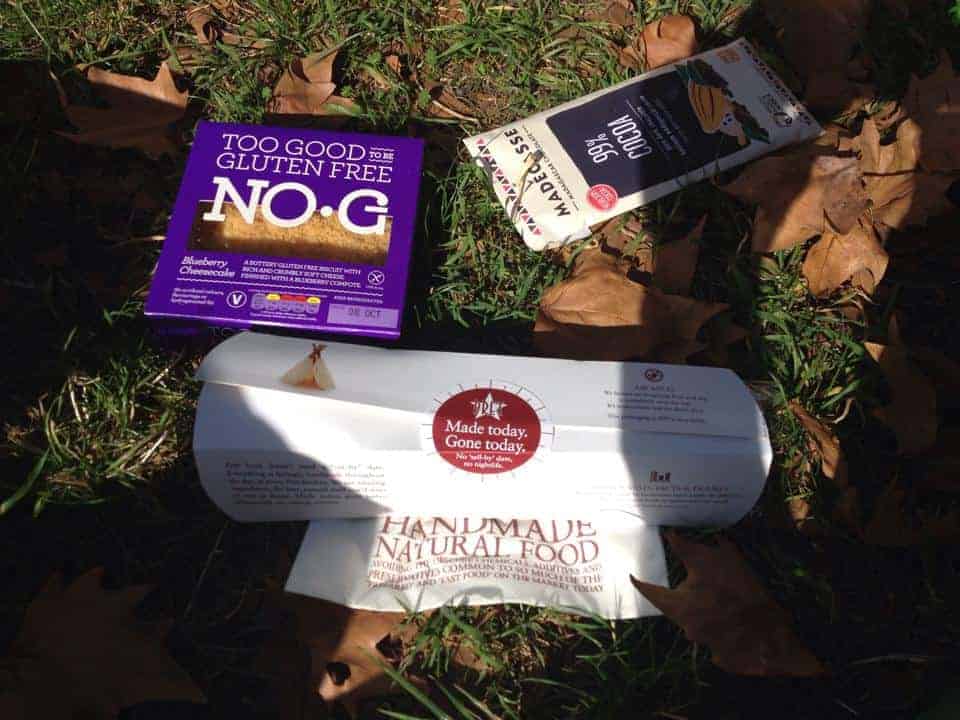 Wow, 2014, you’ve been a pretty epic year. I can’t believe it’s coming to a close already – but I always like looking back over what I’ve achieved in the last 12 months. I’ve taken on an extra magazine in my day job, completely overhauled my eating and exercise habits, and helped PT Steve to launch his business.

2015 is going to be an exciting year. I’m off to Uganda in a few weeks, and looking forward to (hopefully) booking a holiday for later on in the year. I don’t want to join the tribe of ‘I’m going to get fit in 2015’ resolutioners, but I’m hoping now Christmas is over I can get back those good habits I built up pre-mince pie season! 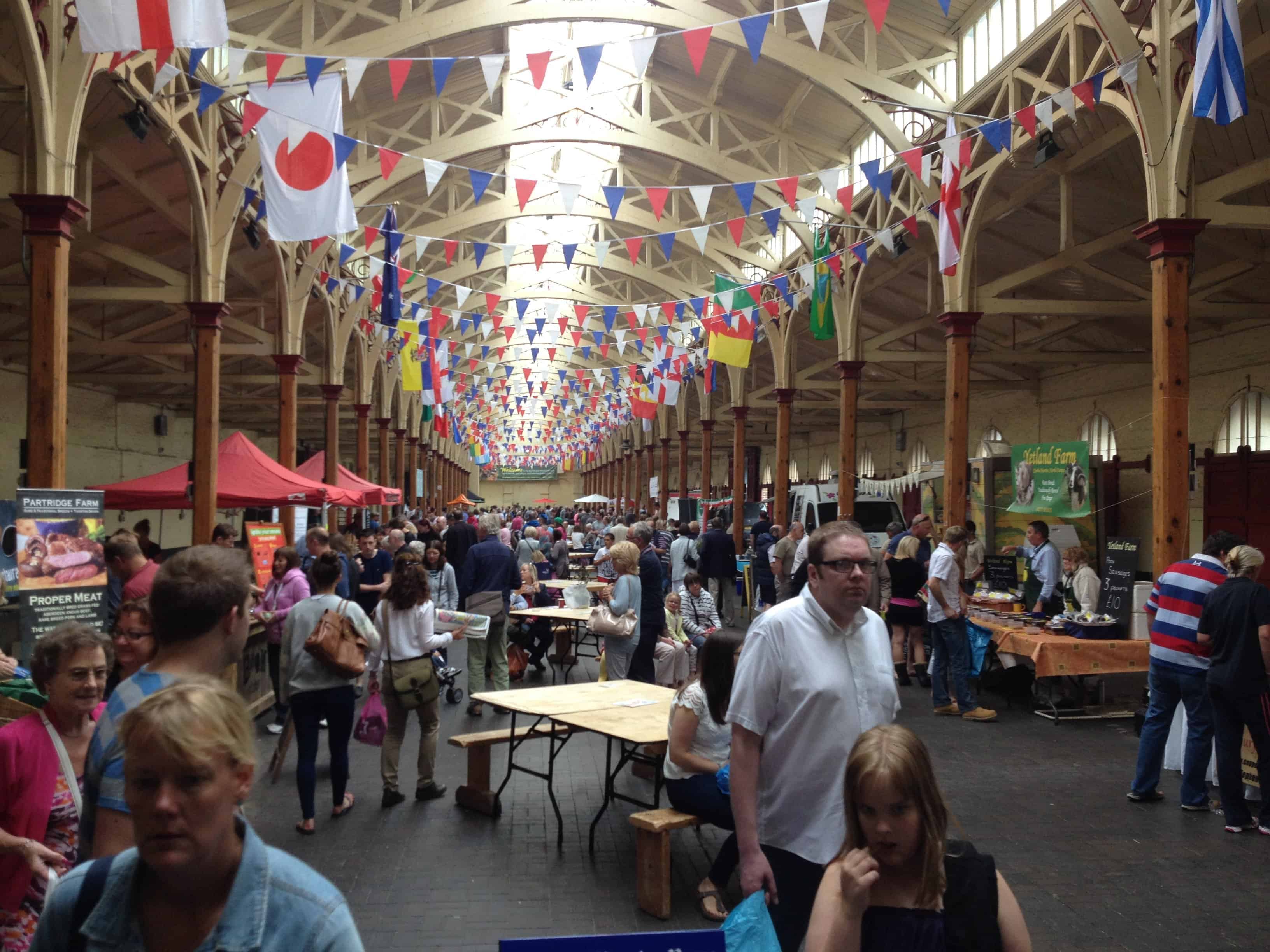 The launch of Barnstaple Real Food Market is definitely one of my best 2014 highlights.

The amazing monthly market in Barnstaple Pannier Market gave me a chance to meet so many amazing North Devon producers, who are all so friendly and offer delicious gluten free food!

These people have been so good to me – Glampig, John’s of Instow, Jakes Bakes, The Green Brownie, Boom Kitchen and Quiet Waters Farm to name a few – and have gone above and beyond to cater for their gluten free customers.

I always look forward to the monthly market now – if you’re in North Devon you have to visit, and if not, plan a trip here just for this reason alone!

When PT Steve had to go to London for a work-related course, I decided to go with him and plan an epic gluten free foodie weekend in the capital city.

I researched everywhere I wanted to go, and spent my days with a tube pass becoming well acquainted with some favourites!

Honest Burgers was one highlights, as was Cookies and Scream in Camden.

There were so many amazing discoveries – I’m planning a trip to squeeze the rest in next year!

I was so excited when I discovered there was a new fish and chip shop opening in Barnstaple called Starfish, who were offering gluten free fish and chips on a Tuesday.

I first tried their gluten free offerings in January, but later in the year I heard the business had changed ownership and – good news – they were now offering gluten free every day!

I went back to try them again and was really impressed. A great local find!

I’ve found so many amazing other gluten free places in North Devon this year, including Lilico’s in Barnstaple, Tea on the Green in Westward Ho! and Riverbank in Bideford.

I just feel so blessed to live in such a beautiful part of the world, which also caters so well for my diet. Brilliant.

I was absolutely honoured and over the moon to go to not one but two awards ceremonies this year – one where our paper was nominated for the best free weekly newspaper, and the other where I was nominated as employee of the year in our company.

This fun experience saw me travel to both London and Bristol in the space of a fortnight, and enjoy some pretty scrummy food too (despite being given fruit salad on both occasions while everyone else scoffed chocolate desserts!)

It was a fantastic experience – next time the ‘dream team’ has got to win!

Yoga has become a big part of my life this year. I always dabbled in a bit of body balance but this year I took up a weekly yoga class and have found it has changed my life for the better.

I feel a lot more in tune with my body. My flexibility has improved, and, coupled with the improvements in my diet – all thanks to PT Steve – and regular weight training, I feel the best I have ever felt.

I think regular exercise has also helped me to control my thyroid issues. My mission for 2015 is to now join an intermediate yoga class – I will master those handstands and arm balances!! 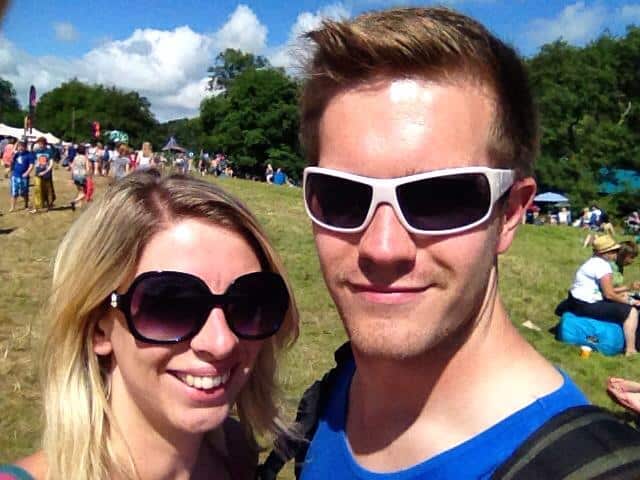 Somersault Festival was one of the most amazing experienced this year! Amazingly, I managed to blag a free stay in a tipi – complete luxury – and a long table feast in the Jamie Oliver pop up.

Seeing Jack Johnson live was on my bucket list and I spent the whole seven months leading up to the festival in a ridiculous state of excitement.

But I wasn’t prepared for how amazing the gluten free food offerings would be! From brownies and chilli to incredible pulled pork, it was an epic experience – bring on Somersault 2015!

PT Steve’s photo shoot and the launch of Reform 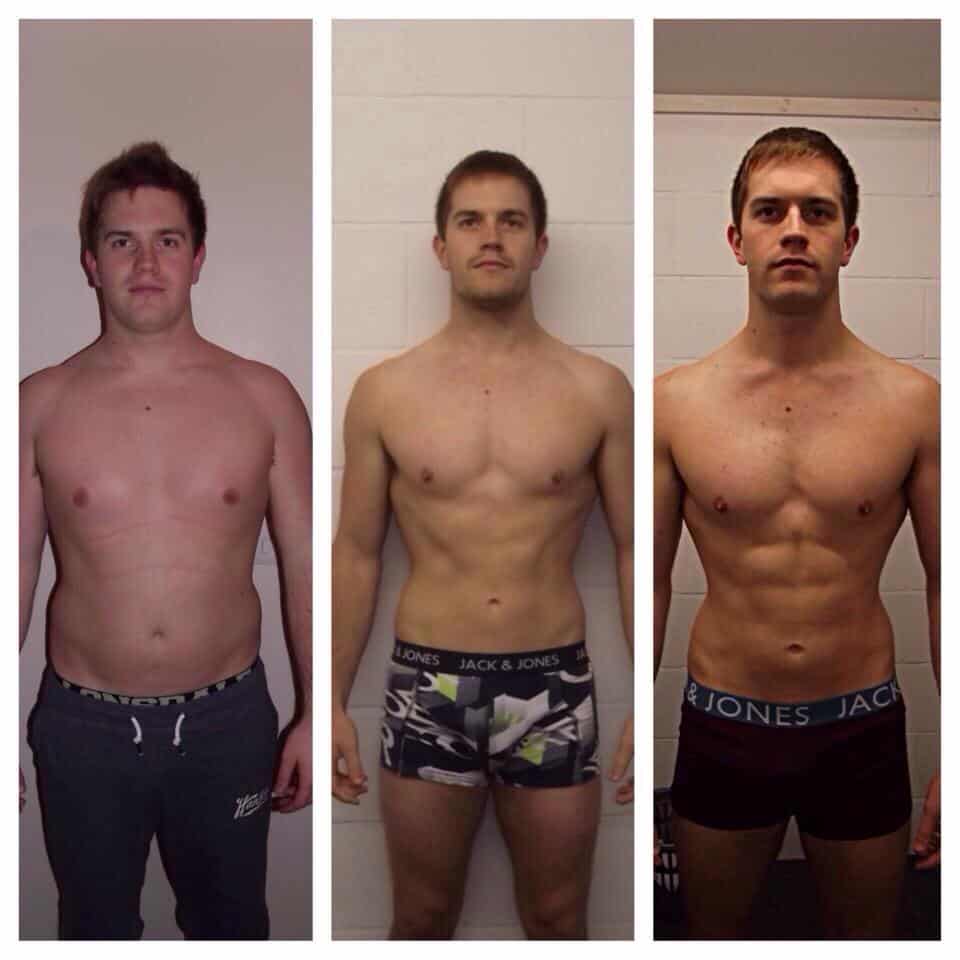 It’s not something I have blogged about, but I think it’s worth a mention as it’s been a huge part of 2014 for me and Steve.

At the risk of sounding like a gushing girlfriend, I am so proud of what Steve has achieved this year – launching his own business, Reform Training Nutrition Health, and at the same time undergoing a strict regime to lean down for a photo shoot.

It’s taken blood, sweat and tears (from both of us!) but it’s been a pretty awesome journey and Steve has shown me exactly what you can do with dedication and commitment. I am just so proud! Perhaps I should set myself a photo shoot goal for 2015….?

A gluten free night away in Bristol

We only managed a short holiday this year, but the night in the airport hotel topped the whole occasion!

Redhill Hotel near Bristol was beautiful – and with hardly any other guests it was like we had our own private pool and jacuzzi!

The views were stunning and their knowledge of gluten free was incredible. They conjured up off-the-menu dishes for me and gave me gluten free bread and cereal in the morning too.

It was the perfect start to the holiday – I just hope I can stay there again before my holiday next year!

It’s been an epic year – these highlights were really hard to choose – so now I’m looking forward to some new goals!

1) I’m DEFINITELY going to make it to the Allergy & Free From Show in London. I’ve missed it every year and I really want to go! I’m also hoping to attend the BBC Good Food Eat Well Show (buy your tickets with 30 per cent off for blog readers here, quoting EW30S until December 31).

2) I want to pick a new fitness challenge to work towards. I’m not sure what it’s going to be yet – photo shoot, endurance race, or something completely different – but it’s got to be GOOD.

3) With my Uganda trip booked for next month, I’m looking forward to a holiday later in the year. I’m hoping to discover a gluten free gem or two along the way, so please send me any suggestions!

But for now, thank you 2014 for all the memories – bring on a whole new year!