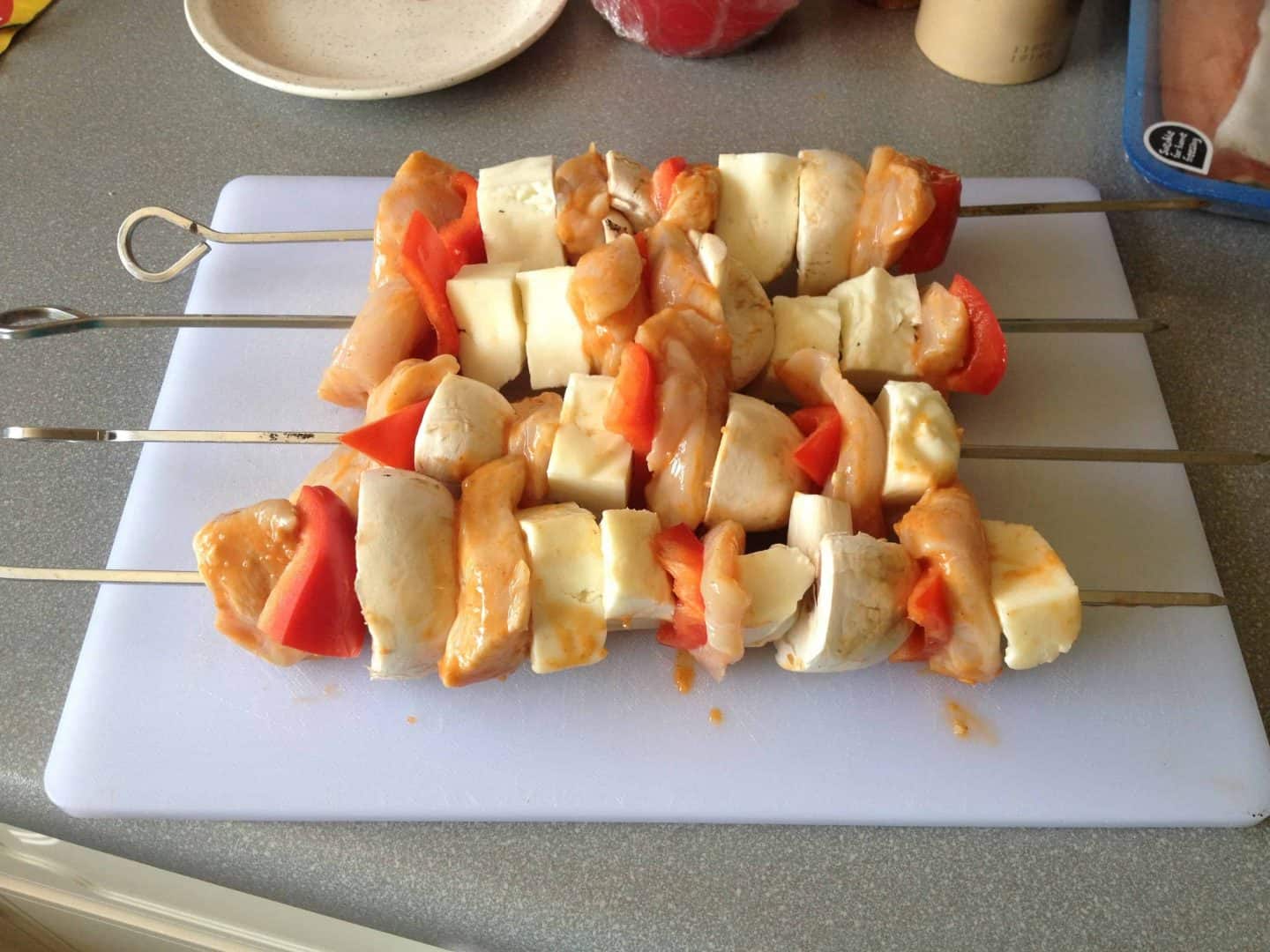 I’ll be honest, I’ve been pretty rubbish at blogging recently – partly due to exams, deadlines and a hell of a workload, and partly due to the fact the sun has been blazing and I have been spending every second outside of work in it! 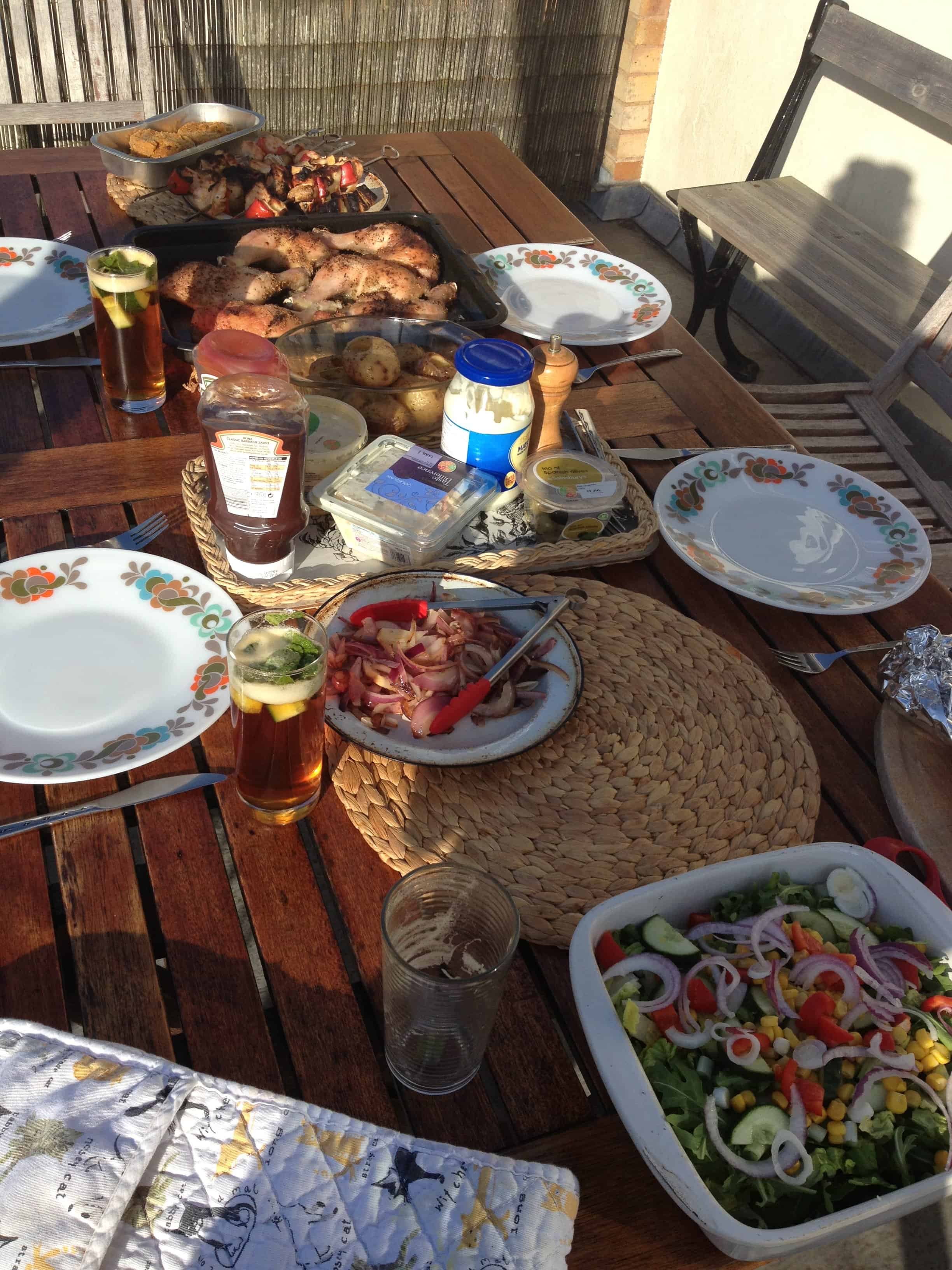 One of the best thing about summer is barbecues. Unfortunately, a lot of your typical shop-brought, barbecue-ready food is packed full of wheat flour – not such a good thing for the barbecuing coeliac!

However, it does make for a great opportunity to test out some new ideas and experiment.

So here’s the first of my two-part gluten free barbecue epic – let’s hope the weather lasts long enough for you to give it all a try! 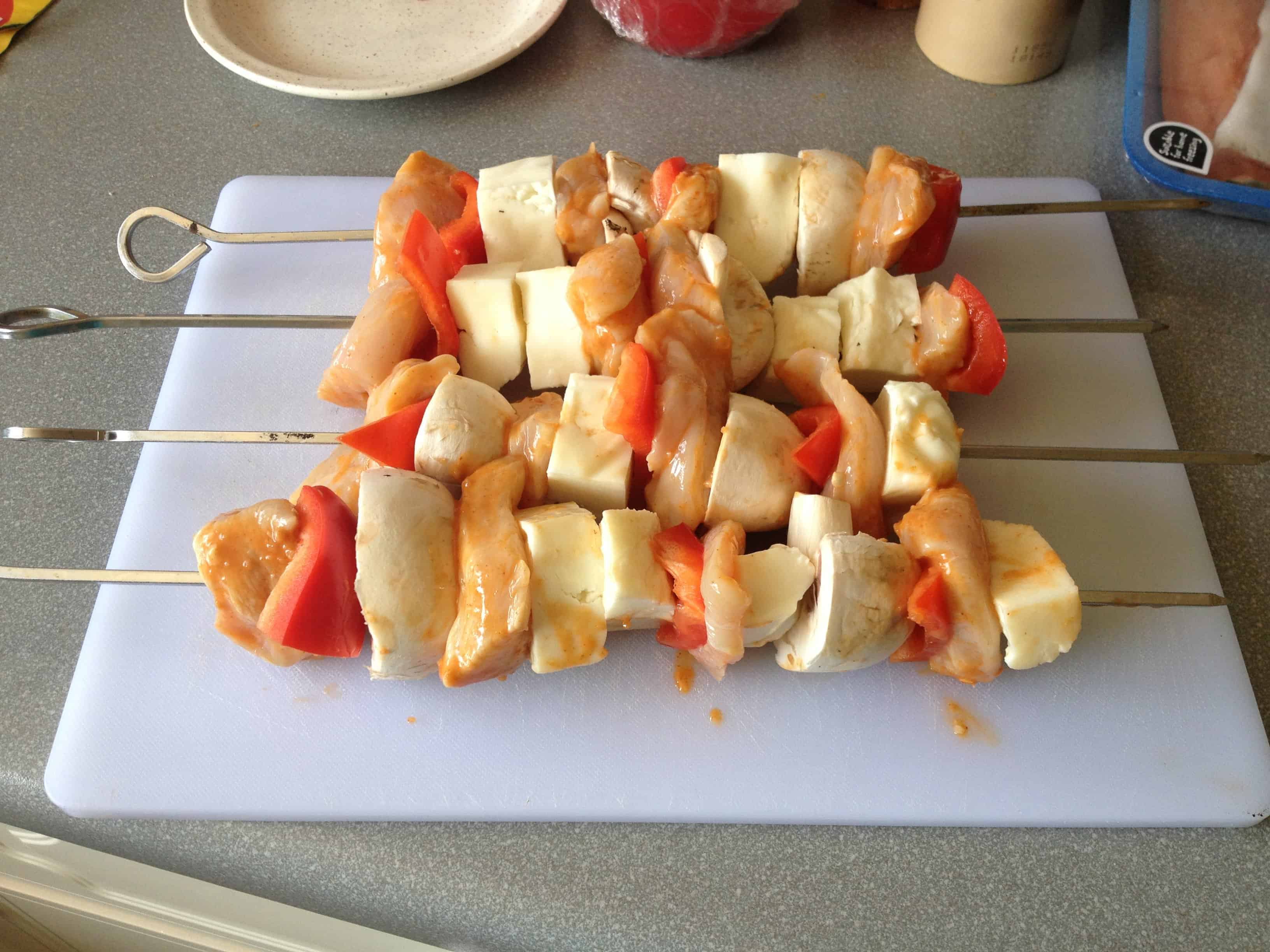 Ever since my aunt introduced me to it, I have been in love with halloumi cheese! It has a hard texture which, when grilled, goes rubbery, and a salty taste. What’s more, it’s absolutely delicious barbecued!

This recipe was really simple. I chucked some chicken chunks into some Nando’s peri-peri (medium) sauce, and left them in the fridge for a few hours.

After that I cut the halloumi into large chunks and also chopped some mushrooms in half an a red pepper into chunks.

I think arranged these on skewers (tip: use thinner skewers than I did – those beasts kept breaking up my halloumi!) and grill them until the chicken is cooked. 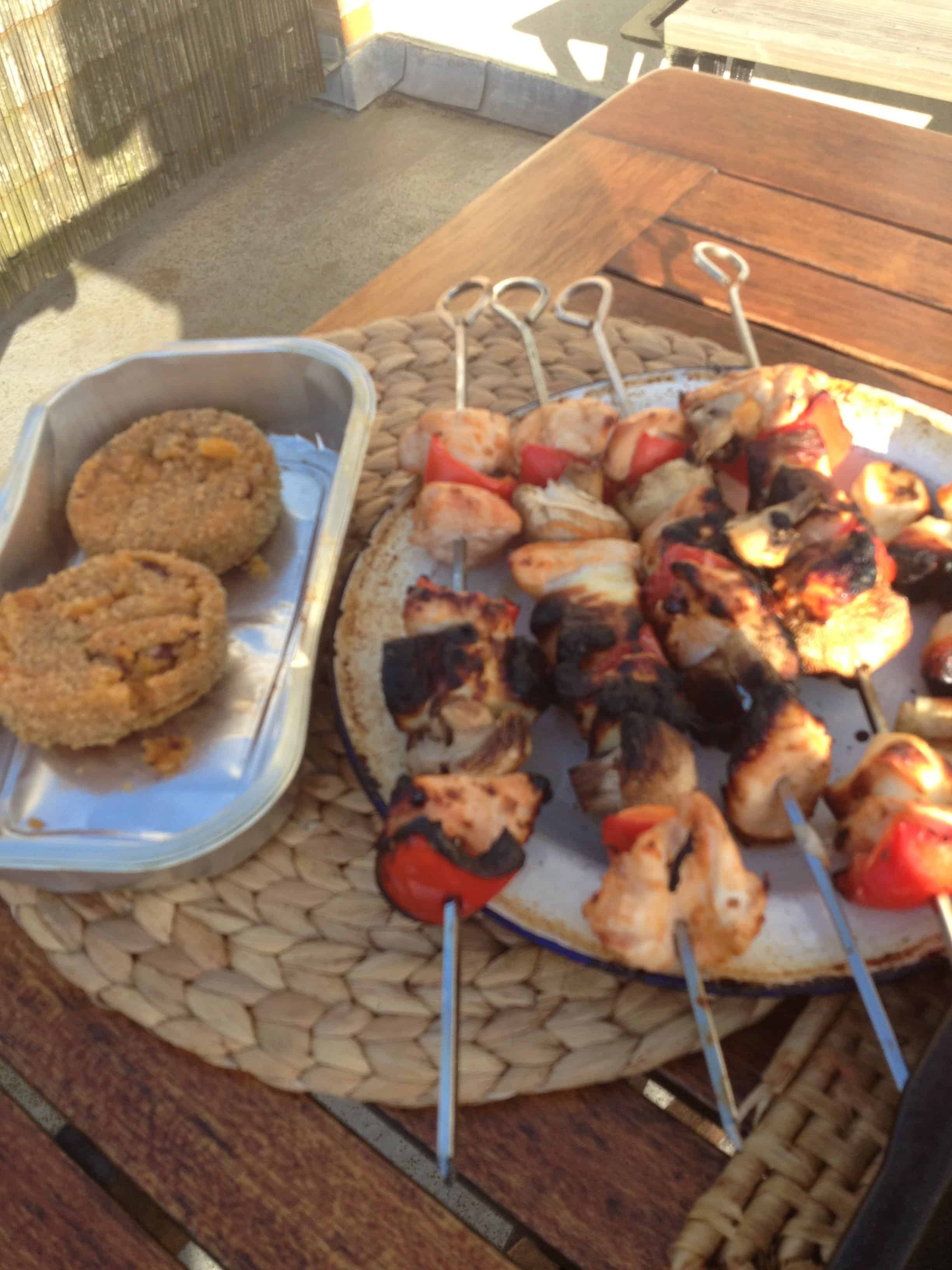 They are quick cooking, tasty, and great to mix with all the rest of the food. Of course, you could marinade the chicken in anything and vary the veg to change the flavours – get experimenting! 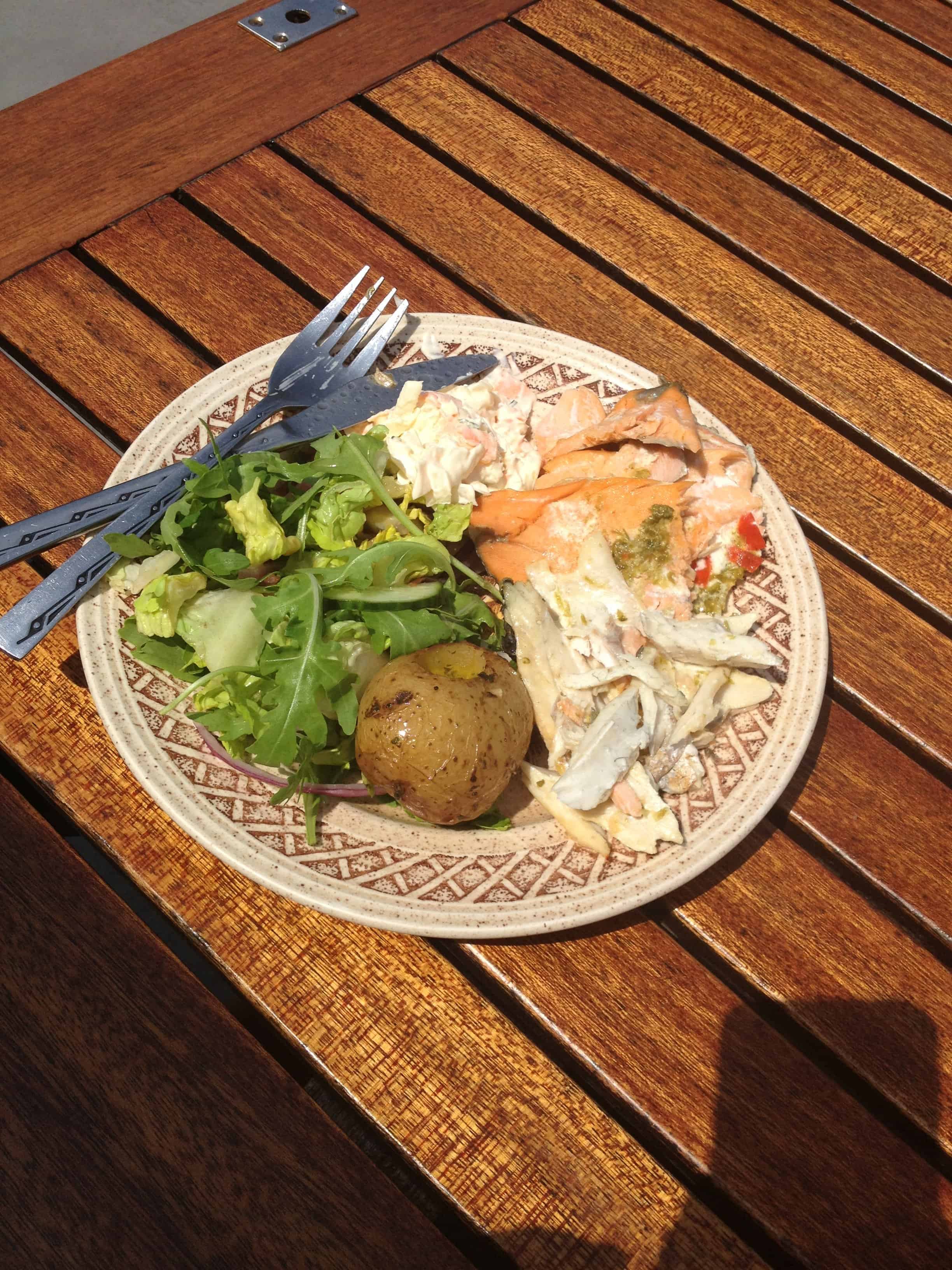 This is another dish which is packed with flavour, yet so simple.

Steve and I managed to pick up some fillets of trout and seabass cheap in Sainsbury’s one evening, so I came up with this idea to cook them without losing their delicate flavours.

I wrapped the fish fillets in a parcel of foil along with the zest and juice of half a lime (per 2 fillets), half a red chilli (de-seeded and chopped finely), some freshly cut coriander and a small nob of butter.

Once the envelope of foil was tightly wrapped (check for no leaks!) I cooked these for about 10 minutes on the barbecue until the fish flaked apart.

These were so tasty and the red chilli packed a bit of a punch! It’s a bit different to the usual ‘chargrilled’ approach with a barbecue and great enjoyed cold the next day with salad!

With our first epic barbecue, we also enjoyed….

What’s your favourite gluten free barbecue dish? In part two I’ll be taking a look at the more traditional barbecue ideas – so send me your suggestions!