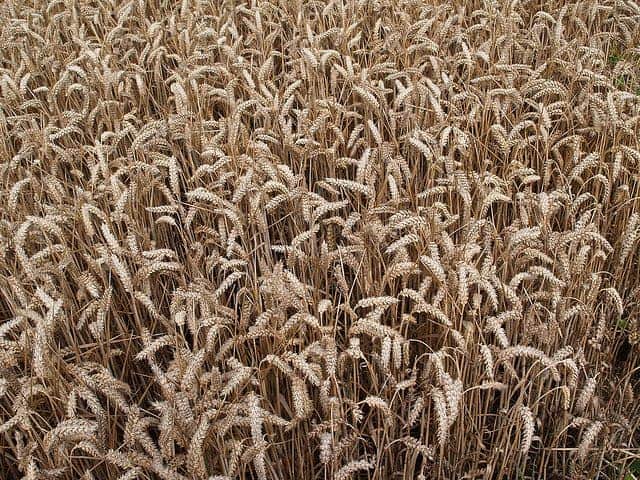 Sore stomach? Constant fatigue? Hair loss? Or even nothing at all? With such a diverse range of symptoms, coeliac disease still remains widely undiagnosed, despite its high prevalence in the UK population. With patients suffering for up to twenty years before being diagnosed, what makes this disease so difficult to spot?

Sylvia Cole, 44, was ill for nearly 8 years before she was finally diagnosed with coeliac disease. After frequent trips to her doctor complaining of feeling constantly drained and having stomach pains, she was told that she had Irritable Bowel Syndrome (IBS). But despite this, she continued to suffer. “My GP gave me the impression that he just thought I was a hypochondriac. After a while, I was visiting my doctor with complaints so often that I started to believe it, and doubt myself.”

After finally being referred to a consultant at the hospital through her constant perseverance, Sylvia was tested for coeliac disease. “The consultant carried out a blood test but didn’t tell me what for. I had never even heard of the condition until I received a phone call telling me that I had tested positively for it. Since then my life has changed.”

It is estimated that 1 in 100 people in the UK have coeliac disease, caused by an intolerance to gluten. However, only 10-15% of people with the condition are actually diagnosed, according to the National Institute for Health and Clinical Excellence (NICE). Like Sylvia, many others are wrongly informed that they have conditions such as IBS, ME, anaemia, “holiday tummy”, or even hypochondria.

What is coeliac disease?

Coeliac disease is an autoimmune reaction, caused by an intolerance to gluten found in:

Eating gluten damages the lining of the small intestine, which prevents proper digestion and absorption of food. The only treatment of the condition is adhering to a strict gluten-free diet.

After waiting years to finally find out what was wrong with her, Sylvia has been left with an understandable scepticism towards doctors, and says, “I didn’t really feel that I got much support from my doctor around my diagnosis, and I think they believe that coeliac disease is nothing to worry about.”

Adele Dobson, 38, was also diagnosed with IBS when she visited her doctor with symptoms. She says, “I was going to the toilet around ten times a day and the weight was dropping off me, which should have set off alarm bells. I convinced myself that it was something more serious, like bowel cancer, but my doctor was very dismissive in passing it off as IBS.”

Infact, many coeliac disease sufferers blame poor knowledge among GPs as one of the key factors in slow diagnosis rates. Coeliac disease costs the NHS around £11 million a year, but it is estimated that these costs could be drastically improved with greater diagnosis rates. So why does the disease still remain largely undiagnosed and untreated?

Who is to blame for poor diagnosis rates?

Although it is a digestive disorder, coeliac disease displays a range of symptoms that can often be difficult to pin-point. Dr Anton Emmanuel is a consultant gastroenterologist and the Medical Director of CORE, a charity funding gut and liver disease research.

He explains, “Coeliac disease is often difficult to diagnose as there is much more to it than specific, common symptoms. Often GPs can mistake the symptoms for that of IBS. Many patients have also tried dietary manipulation of their own, without the correct advice. They may tell their doctor that they have tried to eliminate gluten from their diet when in reality they have only stopped eating bread, because they don’t understand properly what gluten is. Many GPs may find this difficult to question, and thus coeliac disease can remain undetected.”

Adele only discovered she had coeliac disease when she bought a self-testing kit online. “A friend at work said her sister had just been diagnosed with coeliac disease, and suggested that I test myself. I had never even heard of it before, but I bought a test online and it came back positive. I then went to see a different doctor, who told me not to rely on home testing and gave me a blood test to confirm the results.”

Both Adele and Sylvia both felt frustrated with the lack of knowledge they experienced from their GPs, but is this the reason that coeliac disease remains so widely undiagnosed? Dr Emmanuel explains, “The problem is doctors still think of it as a rare disease, when actually it is now known to be very common. People like me who were educated in the nineties were taught that it was a very unusual condition.”

Norma McGough, Head of Diet and Health at Coeliac UK, also echoes this point, saying, “There is definitely a need for updating healthcare professionals on the presentation, testing and diagnostic process regarding coeliac disease. But there is also a need to get symptoms across to the public so they are empowered to get the right care. The trouble is that many people don’t identify the symptoms themselves as they don’t notice the difference – the symptoms creep up on people.”

What is being done?

In 2008, NICE published a set of clinical guidelines to outline the vast range of symptoms and associated conditions, such as type-1 diabetes, that should suggest testing for coeliac disease. McGough was involved in the development of the new guidelines. She says, “It’s important to diagnose coeliac disease early to minimise the risk of complications – in particular Osteoporosis due to chronic mal-absorption of calcium, and other nutritional deficiencies such as anaemia. There are associations with infertility and other reproductive problems and a higher risk of malignancy in untreated coeliac disease. There is also evidence that shows that quality of life is affected detrimentally if the disease goes undetected.”

But have these guidelines actually changed anything? Although there are currently no new figures to analyse if diagnosis rates have risen, however Kate Newman, a PR Consultant at Coeliac UK, explained: “One interesting point to consider could be that in 2008/9 we were getting around 900 new members a month, however now we get on average 1200 a month so that is quite a jump. Of course not all those diagnosed become members and the NHS does not have to register how many are diagnosed, but this gives a bit of an overview on how things are improving.”

What symptoms should I look out for?

The most prevalent symptoms of coeliac disease include:

However, the disease can also be related to other conditions, including:

Coeliac disease is also genetic, and close family members of someone diagnosed with the disease should also receive testing.

With survey results released last year by Coeliac UK highlighting that many respondents had suffered symptoms for up to eleven years before being diagnosed, it is clear that something needs to be done. With doctors and patients alike more aware of the condition, diagnosis rates can hopefully improve in the future.

For more information on symptoms to look out for, visit Coeliac UK’s website here.

Do you think you have coeliac disease but have been told it’s something else? Perhaps a friend, relative – or even yourself – has been in a similar situation to these women? Do you think guidelines on testing for coeliac disease need to be reviewed? Comment below and have your say.