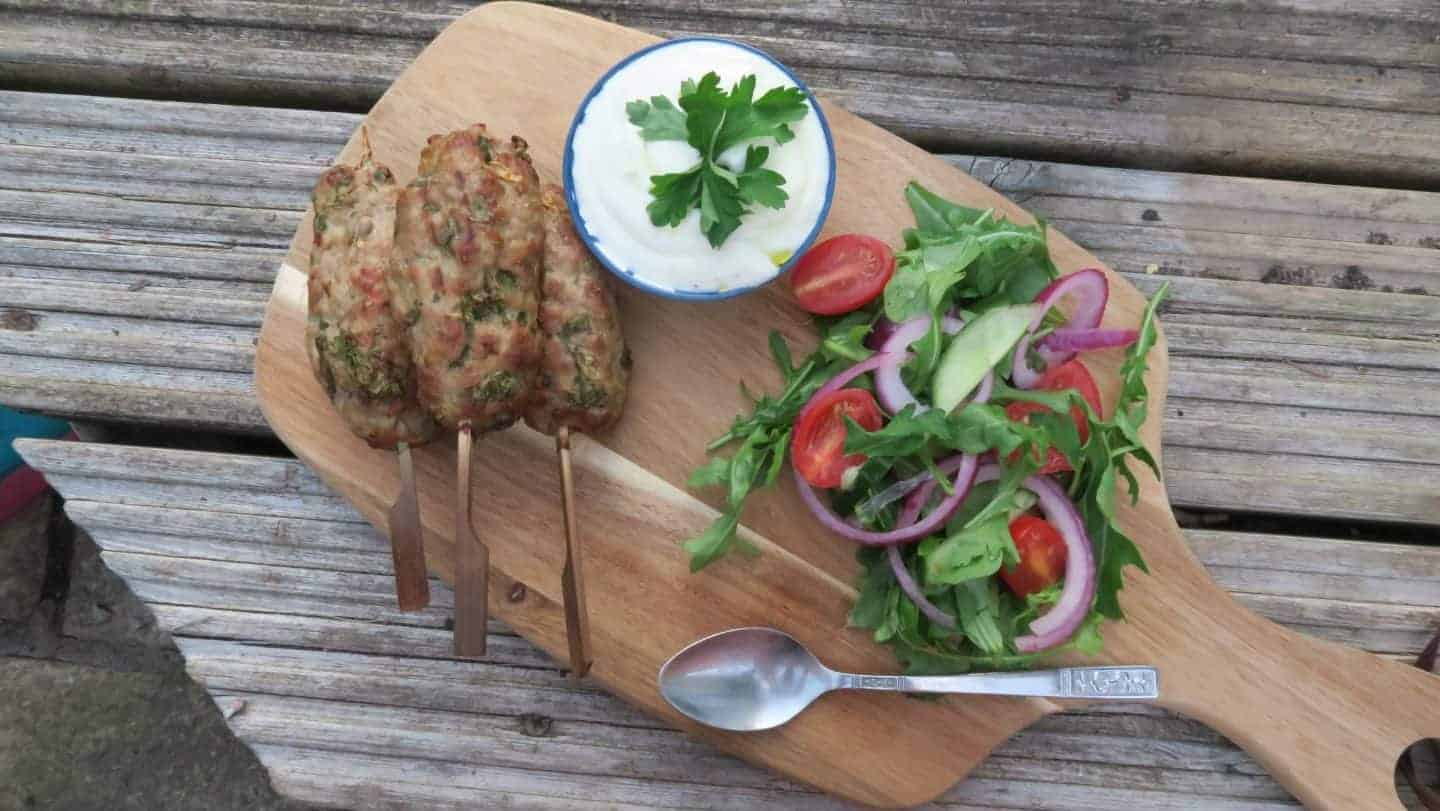 This month I have been invited to join with the #FreeFromBBQ project and develop a gluten free BBQ recipe – and I think the weather, for once, might have been in my favour! The heatwave in the UK has meant BBQs (and office air cons) have been working overtime, so if you want to enjoy it while you can, these lean pork koftas are something a bit different to try. 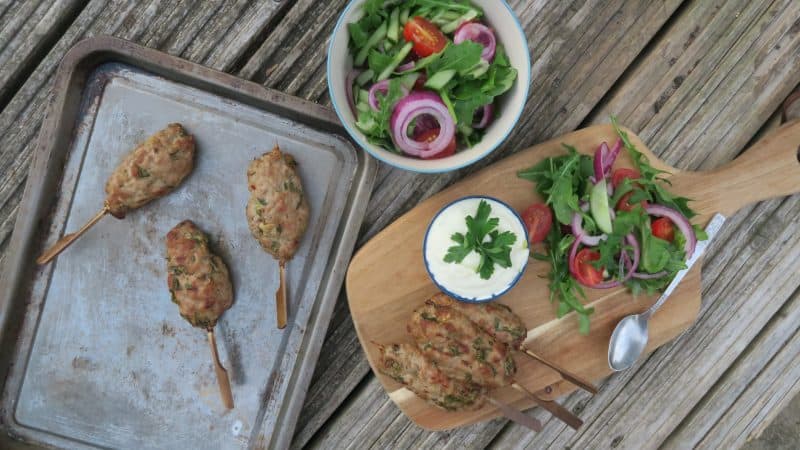 Most BBQs tend to end up in a mash up of chargrilled burgers, sausages and chicken drumsticks, so I decided to try something a bit different. Let’s face it, if you’ve been cooking on the barbecue all weekend, you’re probably a little tired of gluten free burgers and sausages by now.

I opted to go for a pork kofta recipe – it uses lean pork mince so it’s a nice healthy option, and I’ve paired it with a garlic yoghurt dip and a punchy rocket salad. This is the kind of thing you could cook on the BBQ and enjoy as a light and fulfilling meal, without the meat coma. 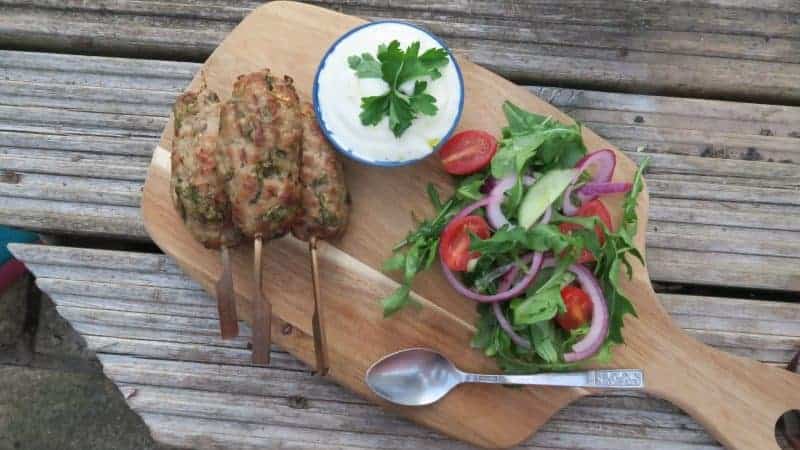 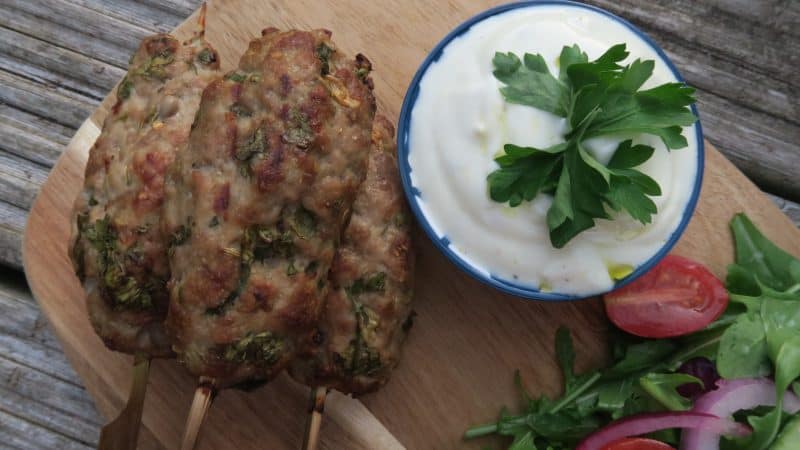 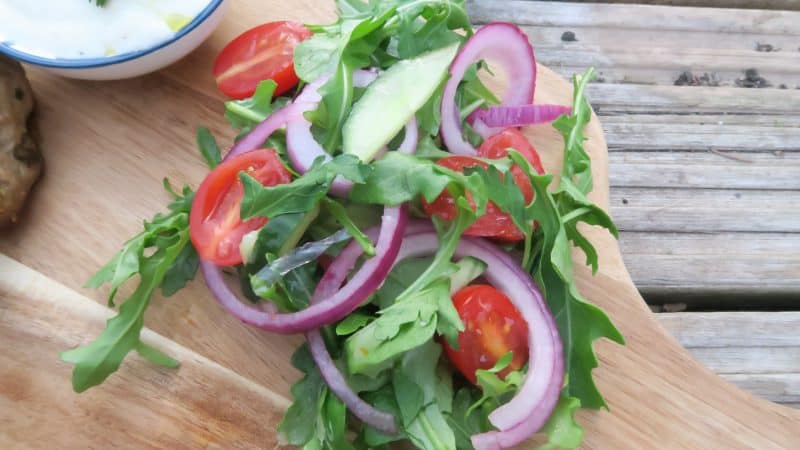 These are so simple to make, and should the weather not look too great, you could cook them on the grill or the oven and have an ‘indoor BBQ’ instead! It’s nice to have healthy BBQ recipes, and as long as you don’t completely char them, these are free from and simple to make. 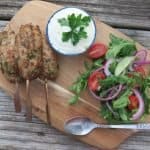 Gluten free and perfect for the BBQ, this is a healthy summer recipe which is packed full of flavour.
Servings 2

Check out these other fantastic bloggers and their #FreeFromBBQ recipes!

Emma – The Free From Farmhouse

Jo – Paleo Crust has made these delicious paleo stuffed peppers

Chloe – The Adventures of An Allergy Mummy

Want to save this gluten free BBQ recipe for later? Pin it!

What is your favourite gluten free BBQ recipe? Have you checked out the other #FreeFromBBQ recipes too? For more inspiration, make sure you come say hello on my Facebook  Twitter and Instagram pages!