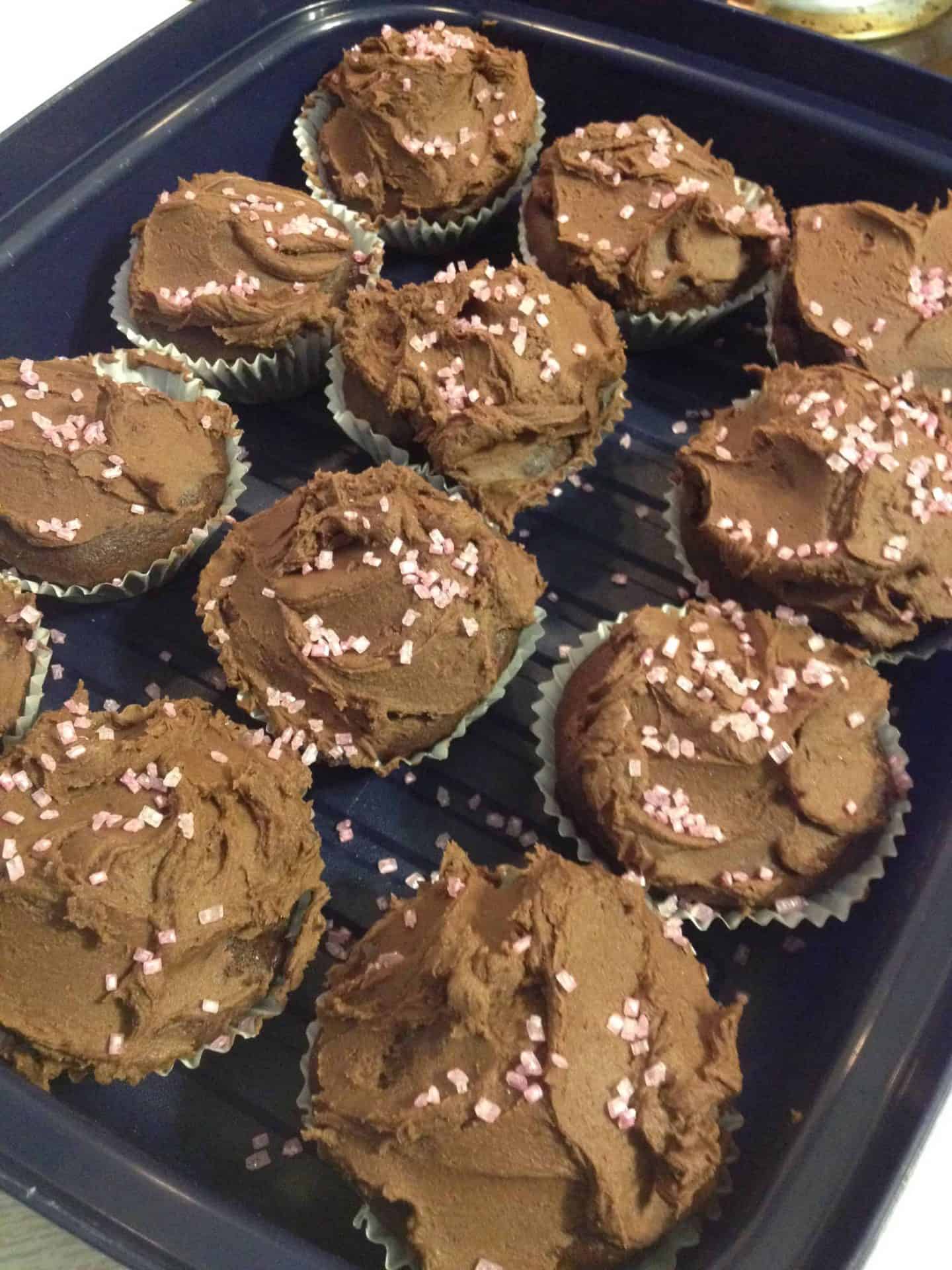 I’ve been suffering from serious chocolate cravings this week, so when the lovely people at Helen’s offered to send me some of their chocolate cupcake mix to sample, well, I couldn’t say no! I’ve already tried their scone mix and was really impressed (see review here) so I was optimistic this would be just as good.

Helen’s chocolate cupcake mix is gluten and wheat free, and all you have to do is add the wet ingredients. It was so simple to make, and although I never really use mixes like this, it does make life a lot easier! When Steve and I opened the packet, it smelt really chocolatey, which was a good sign! The mixture was easy to whip together, and before we knew it (and before Steve could eat too much of the cake mix) the cupcakes were in the oven. 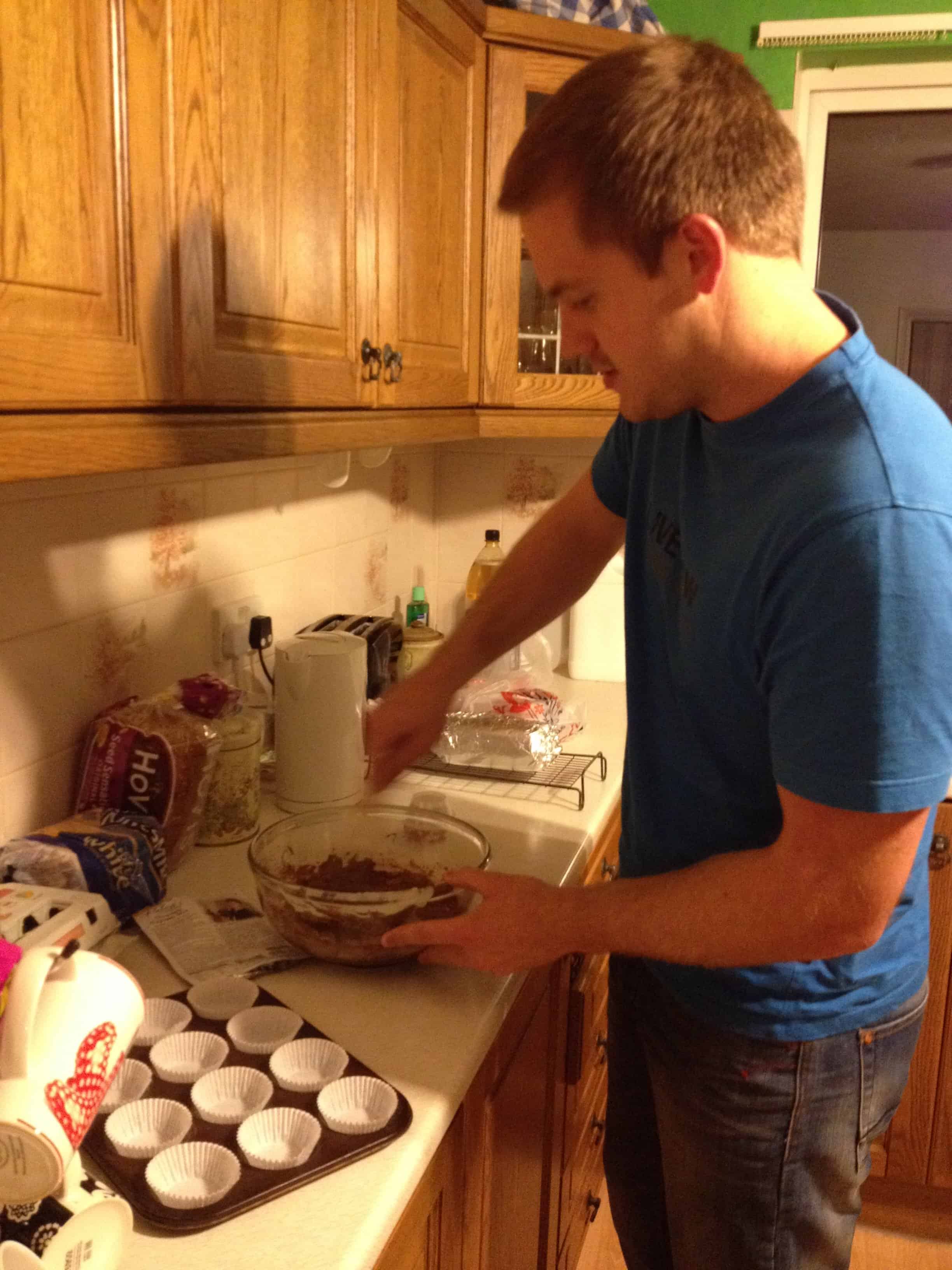 Steve getting stuck into the cake baking…

The packet did have a recipe for icing on it, but I inadvertently threw this away without thinking, oops! Instead I conjured up a quick butter icing with icing sugar, cocoa and softened butter. Once the cakes were cooled I slapped on the butter icing and dusted with some girly pink sprinkles, and the cup cakes were all done. Making these was virtually effortless, which is always a plus when you need a chocolate fix as soon as possible!

I tried these cakes both before and after adding the icing, and I have to say without it they weren’t as chocolatey as I first thought. However, once I added the icing I realised why, because they would have been far too sickly otherwise! With the topping they were sweet but not too sweet, so I think we got the balance just right.

For the ease of a baking session this is a great idea, and would be brilliant if you had kids as you can just throw it all together. The gluten eaters in the household were very impressed, and didn’t even realise they were gluten free. My Dad also gave one to his coeliac work friend, who said they were delicious – so that’s a bonus! I thought the cupcakes were really moist and even a couple of days after baking they hadn’t dried out like most gluten free cakes would. If you look on Helen’s website, there’s some more ideas of what you can do with the mixture here. 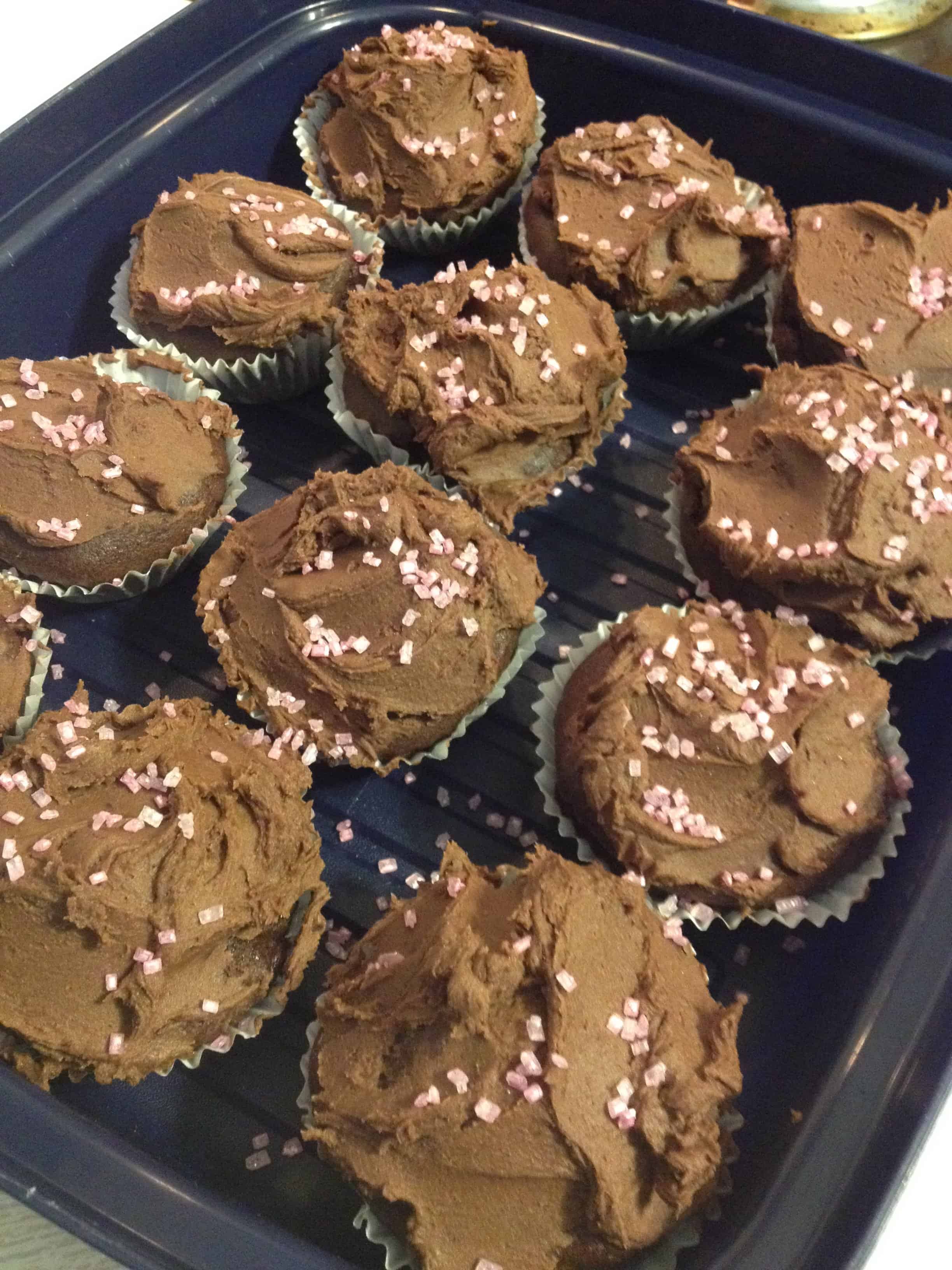 Helen’s have also brought out a crumble mix as well which I’m yet to try, but I’m optimistic it will live up to the standard of the rest of their products. Do you use gluten free cake mixes, and if so, what’s your favourite? Comment below with your suggestions…